I’m about to reveal something about myself. Something so surprising, perhaps even shocking to some readers who think there can’t possibly be anything they don’t already know about me. After all, there are over 300 posts on this blog dedicated to my observations and exasperations. Consider yourselves forewarned. Prepare to be amazed.

I’m a Trekkie. No, I don’t go to conventions dressed as Mr. Spock or have a multiphasic shield generator in my garage, but I know more Star Trek trivia than anyone should and I think Gene Roddenberry was a genius. I also think the original Star Trek series with William Shatner and Leonard Nimoy is an outrageously hysterical integration of science fiction and male fantasy. Come on! Put some pants on Lt. O’Hara for goddsakes!

My favorite Star Trek character is, who else, Captain Jean-Luc Picard. Patrick Stewart superbly portrays honor, courage, intellect, humor, and sex appeal wrapped up in a perfectly flawed human. There is no question he was the right man for the job when upgrading The Next Generation of Starfleet officers. Of course, there were some pathetic holdovers from the original Star Trek. Counselor Troi’s empath-a-go-go look for instance.

Give a girl some pants, why don’t ya! (This is not a question.)

Someone finally did get a clue and brought some dignity to women on the bridge and as the seasons passed, race and sex became less and less a reflection of the ridiculousness in our culture. The terms species and life form replaced race and the strange worlds and new civilizations that Star Trek crews encountered seemed no more strange than our own world with its polluted environment and societies sustained by legalism and debt capital.

Enter my next favorite character, Seven of Nine, Tertiary Adjunct of Unimatrix Zero One. How’s that for being labeled by where you come from? Seven, as she is affectionately called by her shipmates, is a human female cyborg. As Star Trek roles for women go, of course her uniform accentuates what usually passes for attributes in most entertainment these days, but Seven is not just another body suit with blond hair, she’s got cyber brains and she knows how to use them. She appears feminine, but she’s completely badass. 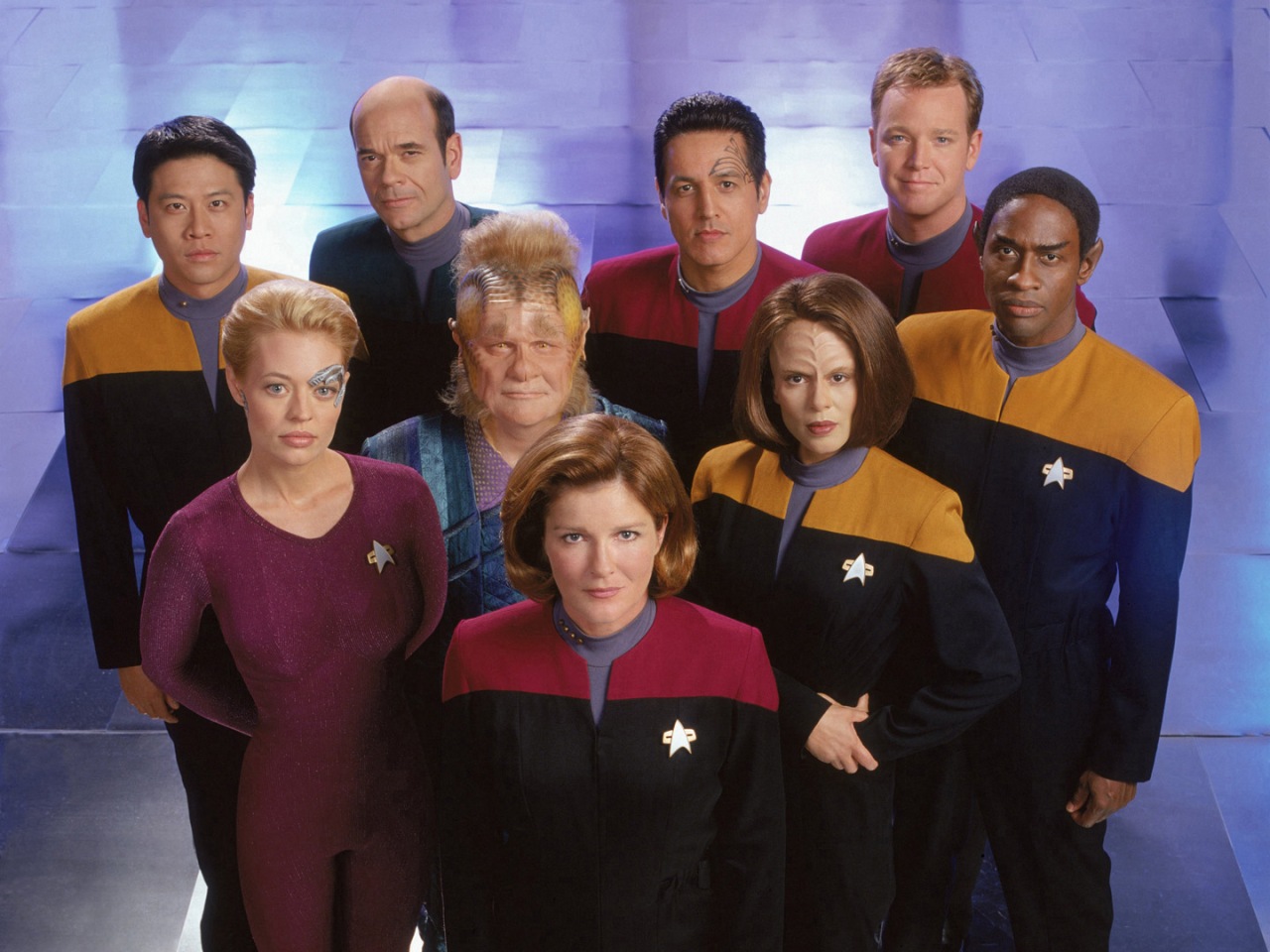 Now, to my point. There are actors from diverse ethnic backgrounds playing these characters. You can tell for instance that Lieutenant Worf, played by Michael Dorn, has African heritage. Sure they could have used make up to create Worf’s complexion, but they didn’t. Maybe they chose Dorn for his booming voice or his stature. Who knows? Who cares? Worf is a fine specimen of a human, um, Klingon human. Whatever. 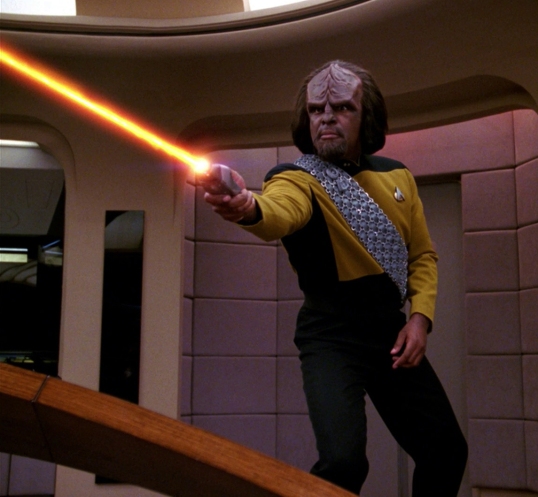 Other Star Trek characters have pigmentation that is, let’s just say, interesting. Blue, spotted, permanently tatted, orange, grey, ghostly…the palette goes on and on. What I find so interesting is that conflicts between races (species or life forms) depicted on Star Trek are never about skin color. They are about territory and resources, beliefs and power to control them. Hatred may be an interstellar practice, but if we examine human behavior we will see that conflict in real life isn’t about skin color any more than in this sci-fi series.

People of Caucasian and Asian persuasion spend time, money, and risk skin cancer to tan their skin to a golden brown. There are some fake bakers who prefer a nice shade of pumpkin. People with beautiful caramel or deep, rich mocha coloring bleach their skin. People with straight hair use curling irons, while people with curly hair flat iron the hell out of theirs. Some go to extraordinary lengths to change their appearance. So, my question is this. How did we ever let our collective consciousness become convinced that skin color is a factor in any conflict when it is as plain as the nose on our face(s) that it is NOT?

Territory, resources, beliefs – THESE are the root causes of conflict. People are more likely to hate themselves because of the color of their skin…or eyes, or hair, or teeth. Whoever the genius (not) was who decided to create this fiction that people hate other people because of the color of their skin knew exactly how to manipulate the masses with misdirection. Fear mongers seek to control others by preying on self-loathing, convincing people they are hated for the very reasons they hate themselves. There will probably always be people who create conflict where there is none, but I think most of us are fundamentally the same. We want to live long and prosper.

Related info you may want to check out: http://www.npr.org/blogs/codeswitch/

27 thoughts on “The Pigment Of Your Epidermis Is Irrelevant”