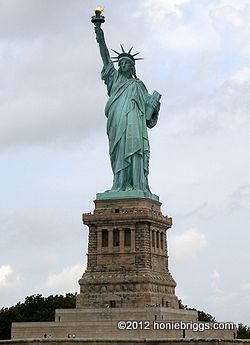 Trapped between heaven and hell, confined, separated from the origins of her forgotten dreams, she waits. Commanded to remain silent, unknowing understanding, uncertain of her fate, she waits. Fraud stumbles from the shadows and recites a merry dirge. Impaled by shards of light, bleeding, still she waits.

Parades of benefactors, would be sculptors, masters pass before her. Imposters! She wants to scream, her voice would shake the soul, quickened too late. She gazes at the reflection of the imaginary friend who knows she is innocent of charges levied against her, her body and mind conflicted.

How could she have known she would be born into madness, in that fleeting moment when she took the leap of faith into the murky haze? Captured by gravity, enveloped in a dizzy swirl of music. Suddenly confronted by nature, the self-righteous accuser grabbed her before she realized she was not powerless to resist. She did not know the rules that would be used to measure qualities she did not possess. Her every expression subjected to the scrutiny of legions of judges living and dead. Senseless, meaningless, helpless companions, demons force her into pits of despair.

She is tormented by illness for which there is no pharmaceutical, no escape. Her birth and life are not remarkable for any other reason than she has managed to go through the motions from childhood to adulthood without ever receiving treatment for her illness. A trauma of some sort, no one knows what, caused her to become frozen, staring into nothingness. She is surrounded by her family, yet she cannot communicate with them. She doesn’t hear her children crying. She does not know she is alive. She waits.

2 thoughts on “Any Port In A Storm”